The past and future of exoplanet studies

Lucas Ellerbroek is an astronomer and writer of the book ‘Planet Hunters: the search for extraterrestrial life’. He is also the Institute Manager of the Anton Pannekoek astronomy department of the University of Amsterdam.

In our conversation today we’re exploring how far we will be able to peek into other solar systems in the coming years, after we’ve just had the first golden decade of exoplanet research.

We’ll talk about oceans of methane, robots vs humans, and a drunk moose that fell off the stairs at the mansion of Danish astronomer Tycho Brahe in the 17th century.

Space Cowboys is a BNR podcast brought to you by Yeah Science – where we follow the modern explorers of our universe. It is hosted by science journalist Thys Roes from Amsterdam. 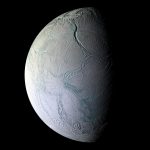 We need a mission to look for alien life on Enceladus

Enceladus is the best candidate to look for life in our solar system right now. Enceladus is a tiny snowball compared to its daddy Saturn, the huge planet Enceladus goes around. Saturn’s hugeness causes so much friction in the core of Enceladus that it melted the ice around it. In other words: Enceladus has a liquid ocean hidden under its frozen surface, and that makes astrobiologists excited. Astrobiologists like Jonathan Lunine, who Tice talked to at Cornell University.

Jonathan Lunine is a scientist who has worked on such hit projects as the Cassini mission to Saturn, Juno to Jupiter and the James Webb Telescope. He is also the Principal Investigator of a proposed mission to Enceladus called Enceladus Life Finder. Its purpose is to, well… find alien life in the oceans of Enceladus.

But NASA hasn’t funded it yet. And that’s weird. because according to Jonathan Lunine “it’s the only place we really know that has checked off all the marks for habitability”.

Life in the oceans of Enceladus?

Liquid water is often seen as one of the key components for life to exist somewhere, so a liquid ocean makes Enceladus a prime contender to visit. But what’s more: there are plumes shooting out of Enceladus. The Cassini space probe flew through one of these plumes of Enceladus and has found complex organic molecules. This makes it the only place besides Earth we know to satisfy all of the basic requirements for life as we know it.

“We should go to Enceladus because it’s the one place we really know has a habitable environment. Everything that you need to know to determine if something is habitable – liquid water, organics, energy sources, salts – we know it’s there,” Lunine says in his interview with Yeah Science,

The limelight often been shining on Mars and Jupiter’s moon Europa, when it comes to finding E.T.’s. Europa has a lot of similarities with Enceladus. Both Europa and Enceladus have a liquid ocean and revolve around a gigantic planet. And both shoot out plumes into space which we can go to and sniff.  The Galileo Spacecraft found a liquid ocean on Europa in 1989. Old data suggests that Galileo might have flown through a plume, but the evidence isn’t solid yet. “We don’t know whether there are organic molecules in the ocean of Europa,” Lunine says. “We don’t know that.”

New frontiers
So the Enceladus Life Finder seems to have better science than the new Europa Clipper. It’d be great if NASA would fund them both, but that’d be asking for too much sugar at once from the taxpayer it seems. NASA only has a limited budget for its New Frontiers program – and it didn’t make the cut in 2017, the last time money went around.

If public enthusiasm for a mission to Enceladus remains low, NASA won’t be pressured into fastlaning it. The last hope for a quick mission is therefore with Russian billionaire Yuri Milner – a tech investor who is considering funding a mission to Enceladus to look for life. It would be the first time a private entity would do space exploration.

By the way, there might be extraterrestrial life forms that are not so dependent on water, but they would be so exotic that we wouldn’t know how to look for them effectively. Titan would be a good place for exotic life – it has oceans full of paint thinner. Right know, it’s more efficient to start at what we know – and water we know. And of course: It might still be that after an expensive mission to Enceladus, we’d still find out we’re alone in the universe. For now. 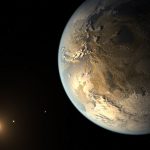 How unique is the Earth really?

There is an amazing hunt for ‘Earth 2.0’ going on. In recent years, thousands of exoplanets have been found. In the coming years, we might find out if one of them harbors life. 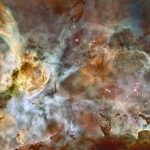 All hail the Carina Nebula

The Carina Nebula is like a mosh pit of star making. This star machine has thousands of stars that are being popped out like bubbles from a bubble machine. The Carina Nebula hosts some of the largest stars we know. Some are tormenting each other with size – their gravity pullling one and another apart. The visual results are psychedelic dances of stars going in and out of existence, lighting up dust clouds that stretch light years. If you study the picture closely, you can make out a canyon of gas on the right side of the image. The ‘puddle’ of gas in the middle of the canyon, has created new stars.

This is how ants have dinner

In this video, we found a dead baby bird on the doorstep of a family house in Tuscany, Italy. It was a mystery how it got there, as there wasn’t a nest overhead. We could sacramentally bury it and feed it to the worms out of sight, or gently slide it onto a rock and put a camera on it for the whole internets to see. Ants work like a neural network, guided by pheromones (molecules that other ants can detect). This way they can communicate as we do, just with fewer words. Ants have about 21, like ‘food this way’, ‘enemy’, ‘found nothing’. By sensing what the other ants do, complex decision-making arises, leading to swarm intelligence. [wp_ad_camp_1] Scientists like Deborah Gording have compared ant colonies to the inner workings of the brain: “A colony is analogous to a brain where there are lots of neurons, each of which can only do something very simple, but together the whole brain can think.” Engineers are now studying if we can apply this social interaction to artificial life forms – like nano-robots. Now and enjoy the video – and take a look in our shop.